An interview with our partner Alberto Ortiz 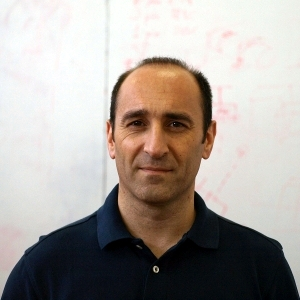 What was your work focused on in Robins project?
The “Universitat de les Illes Balears” team has focused its efforts on two goals of the ROBINS project: develop an aerial platform fitted with autonomous functionalities for wide spaces inspection, e.g. cargo holds; and develop methods for the detection of defects on metallic structures. In ROBINS, the first goal is implemented through workpackage WP4, while the second goal is part of workpackage WP6. In WP4, our focus has been on the adoption of the Supervised Autonomy robot control model to allow the pilot to interact in a flexible way with the drone, but at the same time permit the incorporation of as much autonomy as required. The whole control architecture has been developed having visual inspection needs in mind. On the other side, WP6 comprises the development of an application software for handling vessel inspections in an integrated way. Among others, this software integrates two corrosion and coating breakdown detection strategies based on deep learning, which the UIB team has developed for ROBINS.

What are the main challenges you faced in this work and how did you overcome them?
Starting from the multi-rotor platforms developed along other projects in which the UIB team has previously participated, and taking into account the lessons learnt during the respective field trials, several options about structure, control approach, platform localization, inspection-oriented capabilities to incorporate and interface with the user have been considered, solved and integrated within the framework of project ROBINS to increase the Technology Readiness Level (TRL) of the whole inspection solution. Usability and assistance to inspection operations, and how the supervised autonomy paradigm could contribute to both, have been key issues along the different developments undertaken.

What did you enjoy the most about working in an international Project Consortium such as ROBINS?
As on previous projects, ROBINS has permitted us to gain additional knowledge on the visual inspection problem, thanks to the support of the Consortium, as well as test the different developments performed in relevant scenarios, e.g. real vessels. Unfortunately, the health situation we have had to face during the second half of the project, has prevented us from performing additional testing, which we have had to replace (up to a certain extent) by making use of the available in-campus facilities.

What is going to happen after the project’s end in June 2021?
The UIB team will continue working in, among others, the visual inspection application domain through its participation in new projects connected with the inspection of infrastructures. The next challenges to face focus on enhancing the 3D perception of the platform together with fitting it with new autonomous functionalities for inspection applications. This will take us to the reorganization of the control software of the platform, although keeping the same control model approach. Regarding defect detection, several research lines have been opened after the developments in ROBINS, such as the possibility of running deep learning-based defect detectors on low-cost hardware and addressing additional defect characterization functionalities in combination with the enhancements on 3D perception.